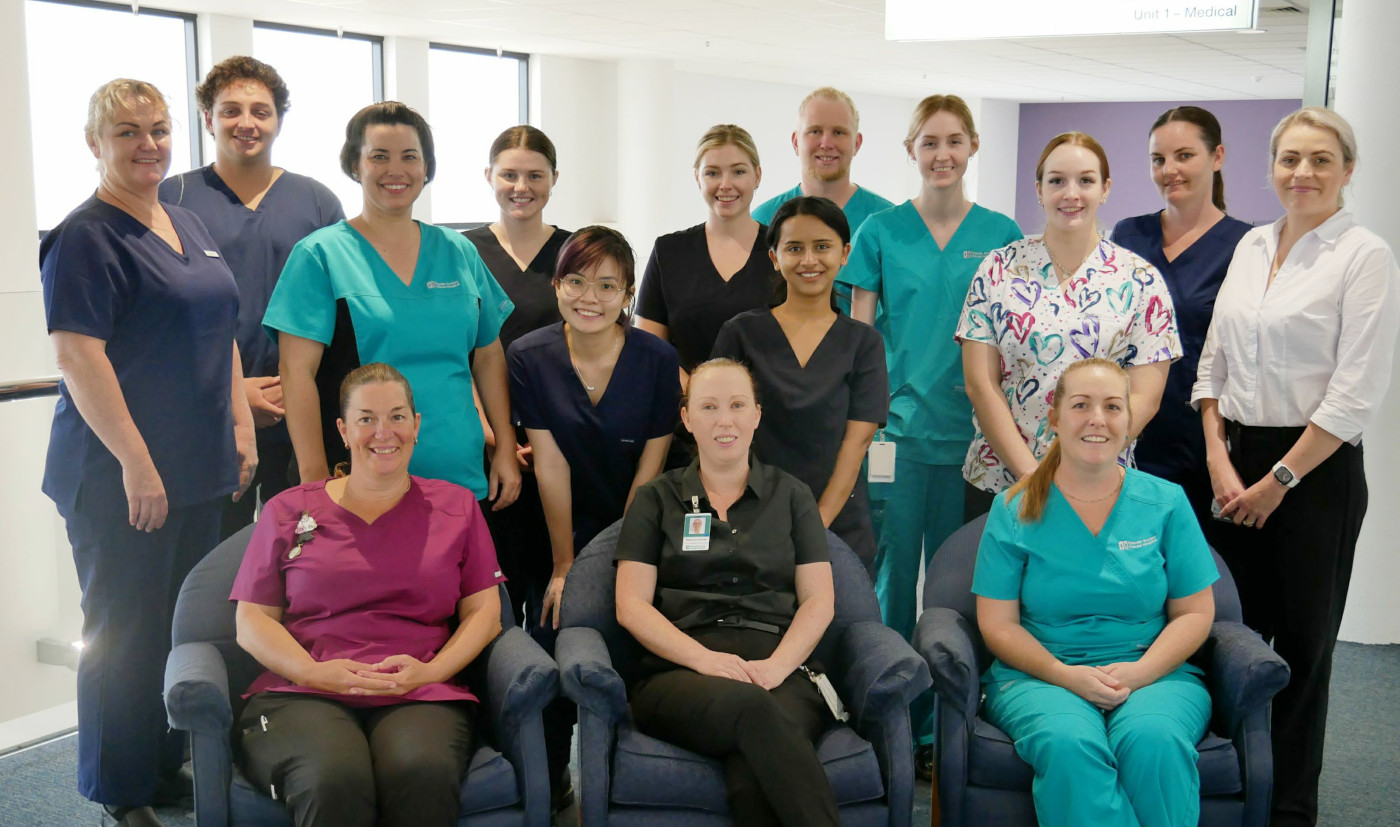 The Friendlies have welcomed their biggest-ever cohort of new registered nurses, with 14 graduates starting this month.

The 12 women and two men have begun with induction sessions led by clinical facilitator Rebecca Grimes, becoming familiar with the hospital and meeting nurse unit managers.

Director of Clinical Services and Patient Safety, Sandy Blake, said it was fantastic to have a diverse and enthusiastic group join the organisation.

“It’s really exciting for me to welcome these new graduates,” Sandy said.

“It’s great there’s a mix of local people and others from further afield. It’s good for our community to be able to offer Bundaberg people a chance to train and work among their friends and family.

“We increased the intake because these nurses are our future.

“It’s a tight market for registered nurses and there are often not enough nurses for the numbers that are needed.”

Sandy said several of the intake had undertaken placements at The Friendlies as students and some had worked previously as patient support assistants (PSAs).

“They’ve already got to know us and know how we work,” she said.

“Now they have come back as new graduates they understand the values of The Friendlies and know that the provision of safe patient care is our goal.

“We’re able to give them the support they need as new registered nurses.

“We hope they’ll stay with us while they learn and if they do move on at a later date they will eventually come back, bringing new skills and knowledge with them.

“The Friendlies are committed to offering a good supportive place where staff can grow.”

Emily Lister from Tiaro said it was a “fabulous opportunity” and she hopes to stay at The Friendlies.

“I had done a placement here at unit two. I left here after the placement, went home and said to my husband that I’m going to work there one day,” she said.

Ha Nguyen has come up to Bundaberg from Brisbane.

“I graduated in nursing and public health from QUT,” she said.

“I want to start a new journey in Bundaberg and will probably become a theatre nurse.

“I’m here with my partner too and we plan to build our future in Bundaberg. I really like the weather and being close to the Great Barrier Reef; it’s very beautiful here and I love it.”

Two Wide Bay locals in the group are Angela Black and Alvin White.

Angela was originally from Hervey Bay and did her placements at The Friendlies.

“Being a nurse was the next step in my life and I think it suits me,” she said.

“I’ve worked at a few places across Queensland and got a good insight, and I’ve chosen The Friendlies to build my career.”

Alvin said he chose The Friendlies after completing placements on units one and three.

“The Friendlies is where I want to be because it’s such a good environment,” he said.

“I’d like to work in a medical ward or orthopedics to help people out.” 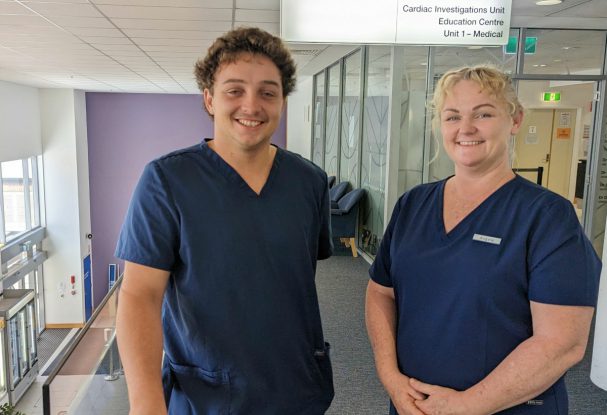 Alvin White and Angela Black are two of the registered nurses who have started this year at The Friendlies.